The Tax inspection changes in Romania

Other news from Romania

What records pertaining to the fiscal device are required in a store in Romanian fiscalization? 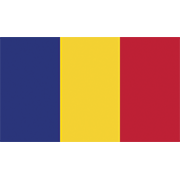 Obligatory store documents are defined as documents that need to be present in the retailer's store. This is relevant, especially in cases where tax authorities are to perform audits and checks regarding tax compliance. Read more

What records pertaining to the fiscal de...

The obligation to use card acceptance terminals in Romania

Legal businesses in Romania are required to equip themselves with card acceptance terminals no later than January 1, 2023! Debit, credit, and prepaid cards must be accepted as a form of payment through a POS terminal by legal entities that engage in retail and wholesale activities (as defined by Government Ordinance No. 99/2000 on the marketing of market products and services, republished, with... Read more

The obligation to use card acceptance te...

This document was created with the purpose of providing the most important and up-to-date information regarding the procedure of fiscalizing fiscal devices in Romania. This document will also provide an explanation of relevant terminology and steps that need to be taken before putting a fiscal device into operation as well as additional related topics that require the assistance of the authorized service personnel. Read more

Reminder from ANAF for unused cash registers in Romania

The representatives of the Romanian Tax Authority remind the users of fiscal electronic cash registers that they have the obligation to transmit the data to the National Information System for Surveillance and Monitoring of ANAF (TA) and need to notify non-usage of their device under threat of penalties.  The institution recalls that the non-observance of the obligation to ensure the remote connec... Read more

No more fiscal control in companies' headquarters in Romania!

According to a draft ordinance, fiscal controls will not be carried out at the companies' headquarters. Many changes related to the controls carried out by ANAF on taxpayers were brought through the Draft Government Emergency Ordinance put into public debate by the Ministry of Finance last week. Among the most important changes were mentioned the fact that, in the future, tax checks will no lon... Read more