Reporting of problematic receipts in Greece

Public Greece Author: Kristina Dosen
The new application for scanning receipts - "Appodixi" was officially presented by Giorgios Pitsilis, the Governor of AADE, on his live appearance, stressing that it will be available by the end of this week for both devices with Android and iOS operating systems. As it now revealed, AADE is in discussions with the Ministry of Finance to provide a certain special bonus to any citizen who makes a named complaint.
Category:

The consumer i.e. customer who received the receipt, after downloading the application on his mobile phone, will be able to easily scan the quick response code of the receipt he recieved from the seller. The application will process the data to determine if the amounts shown on the receipt agree with those sent to AADE via myDATA, as well as if the cash register is declared to the Tax Authority.

In terms of how the application works in more detail, the consumer, if he sees that the receipt is not cross-referenced, can press "report" and by taking a picture of it, then transmit it anonymously or stating his name, choosing a reason for reporting, for instance questionable receipt number. The receipt then is delivered through the application to AADE, whose audit services will check if there is a violation and in this case a fine will be assessed and administrated to the company that issued the so called "monkey" receipt.

an incentive, a certain monetary reward for those who send us some receipt, from which an audit will result and a fine will be ascertained for intervention in the tax mechanism. This potential reward system as a stimulus to the customers was emphasized by Mr. Pitsilis in his speech and are referring to the cases of branded i.e named complaints. The consumer, after downloading the application on his mobile phone, will scan the QR code of the receipt he receives to activate the checking process in the application and depeding on the result and his willingness to inform against any problematic receipts.

Other news from Greece 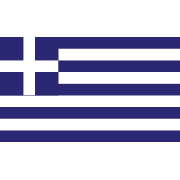 Until the end of November, the automatic debt collection system will be "running" in the collection centers of Attica and Thessaloniki. With Eispraxis, the "hunting" of government debtors goes to another level as it allows the monitoring of the profile of each debtor in real time by pulling all the data on income and assets from a multitude of government information systems. In the electronic file... Read more

Introduction of the Eispraxis control sy...

In Greece, a new deadline for transmitting the data from their cash registers to AADE has been established.

When do businesses receive notices, and when are fines imposed without notice by AADE? Businesses that have not transmitted the data from their cash registers to AADE for the period up to November 30, 2022, will have a 10-day deadline, even after receiving a notification. However, the violation of not transmitting the data by 1.12.2022 will attract a fine for businesses without prior notification... Read more

In Greece, a new deadline for transmitti...

This changes the timing of the mandatory interconnection of cash registers with payment card acceptance machines, EFT POS terminals from January 1, 2023, which would apply universally in the territory to all businesses that use cash and tax machines to issue retail receipts. Because there is not enough time to complete the systems adaptation procedures by the end of 2022, the mandatory intercon... Read more

Greece has announced the new dates for a...

By adding a new Article 54H to the Code of Tax Procedures, penalties are introduced to be applicable as of October 31st, 2022 in the case of non-transmission of retail receipt data that must be transmitted to the myDATA digital platform through the Electronic Tax Mechanisms Information System of AADE. According to the added text as a part of the mentioned regulation, the measure of suspension of b... Read more

Will the usage of the interconnection of devices recording card payments be mandatory in Greece for broader business sectors?

AADE aims to make the use of the interconnection of devices recording card payments mandatory for broader business sectors. The use of card terminals (EFT POS) and cash registers extends to all economic activity, as all sectors that are currently exempted from the mandatory use of POS machines and cash registers will issue receipts and accept cards for all transactions. Specifically, the goal i... Read more

Will the usage of the interconnection of...

In Greece, a new method of tax checking has emerged.

Did you know that tax checks in Greece are coming with tablets using the new digital weapon of AADE? More details are as follows. Another digital application was presented in the past few days by the Independent Authority for Public Revenue (AADE), after the recent activation of the control mechanism app "appodixi". The new tool will be called "Elenxislive" and will allow those responsible to car... Read more

In Greece, a new method of tax checking...