The adoption of the euro currency in Bulgaria

Public Bulgaria Author: Kristina Dosen
The Bulgarian lev (BGN) is the official currency of Bulgaria. While Bulgaria is an EU member state, it has not adopted the euro as its currency. But this will be changed soon. More specifically, there are some indications that this topic will be relevant next year. A debate on the euro will start at the beginning of next year. Everything depends on the parties and the government that will be formed, but everything also depends on how the deputies will vote in parliament.
Category:

Let us remind you, certain meetings and adoptions of certain acts are confirmed in June 2021. They state that the target date for Bulgaria’s accession to the eurozone is January 1st, 2024. The introduction of the euro is planned without a transition period, and the date of adoption of the euro will coincide with its introduction as an official payment unit. The conversion will be carried out by applying the irrevocably fixed exchange rate between the euro and the leva. And after the introduction of the euro within a month, the lev and the euro will be legal tender at the same time. Bulgaria intends to accept the euro as its official currency from January 1, 2024, without a transition period—all commercial establishments in the country will be obliged to accept the euro from the first moment of its adoption. At the present time, it remains unclear how that will affect the rules, especially fiscal receipt.

Other news from Bulgaria

A new portal for electronic services has been introduced in Bulgaria 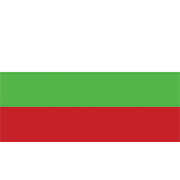 The National Revenue Agency has published a new version of electronic services for taxpayers. It contains new principles of identification, new navigation, and easy access to information about each service. Different services with rules and ways with an explanation have been introduced with an explanation and guidelines for use. What else? Also, there can be found the section with special adminis... Read more

A new portal for electronic services has...

The purpose of this document is to present payment methods and media in Bulgaria , with an emphasis on modern payment media. Read more

Since the Bulgarian fiscalization system belongs to a hardware-based system, meaning the usage of the predefined and homologated fiscal device is required, there are some rules about a fiscal device that is used in forms of fiscalization. More precisely, a fiscal device will be allowed to use and placed on the market only if meets the technical and functional requirements. This is the obligation o... Read more

Implementation of DAC7 into national legislation of EU countries

In an effort to suppress tax fraud in online sales the EU adopted EU Directive 2011/16/EU to improve administrative cooperation in the field of taxation between EU countries (So called DAC7). The directive directs platform operators to collect information about the sellers on the platform and the sales generated from it and to report it to the responsible authority. At the same time, the individ... Read more

Implementation of DAC7 into national leg...

Vending machines in Bulgaria as subjects of fiscalization

Vending machines in Bulgaria as subjects...